Lessons from a Japanese Giant

I’ll admit, I’m a bit of a Toyota fanboy. That may sound a little nerdy, and it probably is, but if you take some time to read up on the history of the company, you’ll likely find some inspiration - Particularly if you have any interest in product development & manufacturing. How does this relate to optics? Well, I’d be lying if I told you that Toyota’s “way” had no effect whatsoever on our policies at Element Optics. Let’s take a look at some of the management principles we’ve been able to apply, and how we’ve seen the benefits of these principles.

Toyota began as a loom making company (yes, looms as in WEAVING looms - cars weren’t even on the radar!) and when they eventually did start making cars, they weren’t that great at it. Unable to compete with their American counterparts who produced better, cheaper cars, you may wonder how they were able to grow at all.

The first key may be found in a statement made by Taiichi Ohno, originator of the Toyota Production System: “First we build people, then we build cars”. While competitors were pumping out vehicles, Toyota focused on supporting early sales with free repairs and a great warranty. When we launched Element Optics, we knew that our foundation had to be built on respect for the customer: Ensuring we develop and build our products with pride, ensuring we are always available if support is needed, and always being ready to go out of our way to find solutions if a problem arises. This applies to our management too - The ninth principle listed in the “Toyota Way” is that leaders need to grow to “live the philosophy”. From the very beginning we’ve managed to build a team based on mutual respect for everyone’s input and opinions, strengths and weaknesses, and a motivation to create something special for the end user. As we grow and take on more employees, this remains a core value. 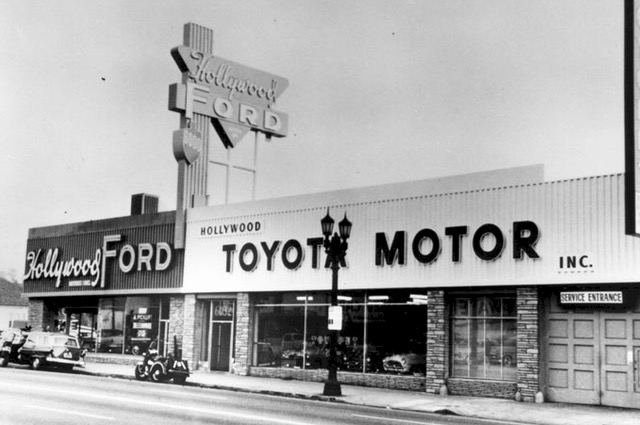 Toyota’s first dealership in the USA 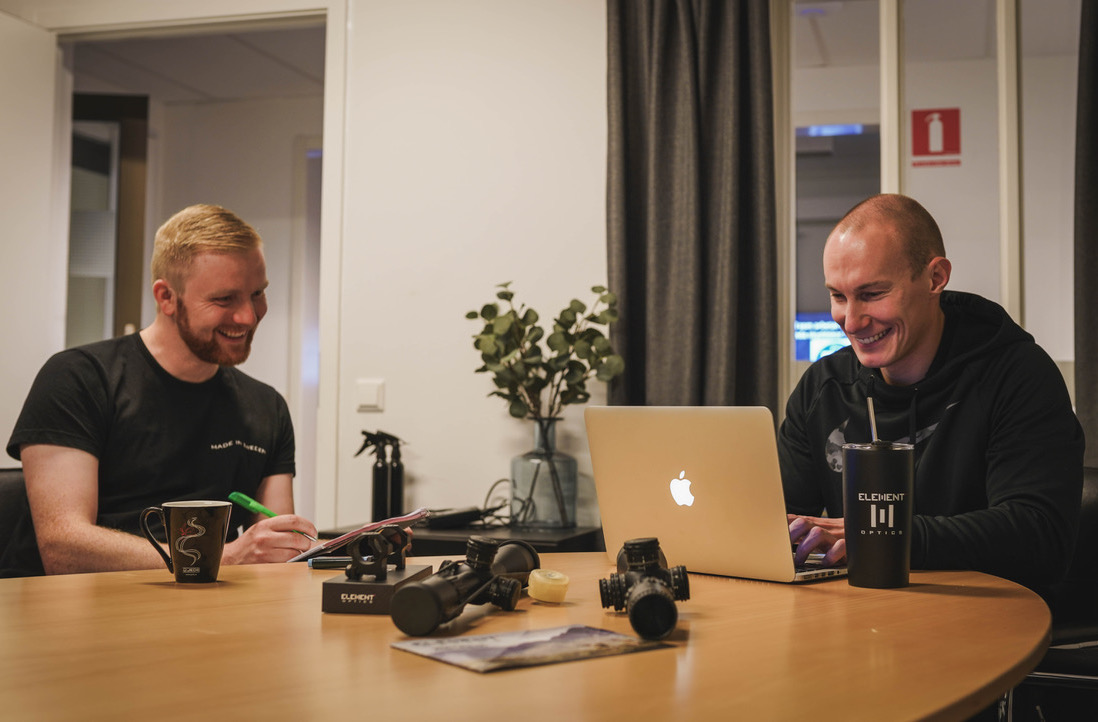 “Go and See for Yourself”

Toyota’s principle of “Genchi Genbutsu” literally translates to “go and see for yourself” and suggests that in order to truly understand a situation, one needs to be present at the site where work actually takes place. For Toyota, this refers to managers who try to be present on the production floors, gaining first-person insight into what happens on a day to day basis. For current CEO Akio Toyoda, this means working as a mechanic (yes, you read that right) and personally testing his products by racing the 24 hour Nurburgring under a fake name!

For us, “go and see for ourselves” has been the story from Day 1 - although we haven’t really had another option! As a small company, the core group of Shane Kellar, Henric Bengtsson, Johan Axelsson and myself have had to be personally involved in everything from product design & development, to quality control, to sales & distribution, to customer service, to problem solving.

We use our own products every day, and are able to test them ourselves under the toughest conditions at public competitions, where everyone can see how we (and the products) perform. Being so involved in every step of the way gives us a unique insight into the whole life of the product, from raw material, to eventually being mounted on a customer’s rifle - And although our roles within Element Optics will likely become more managerial and less hands-on as we grow, we’ve learned the importance of being “on the floor” and will continue to keep this philosophy. 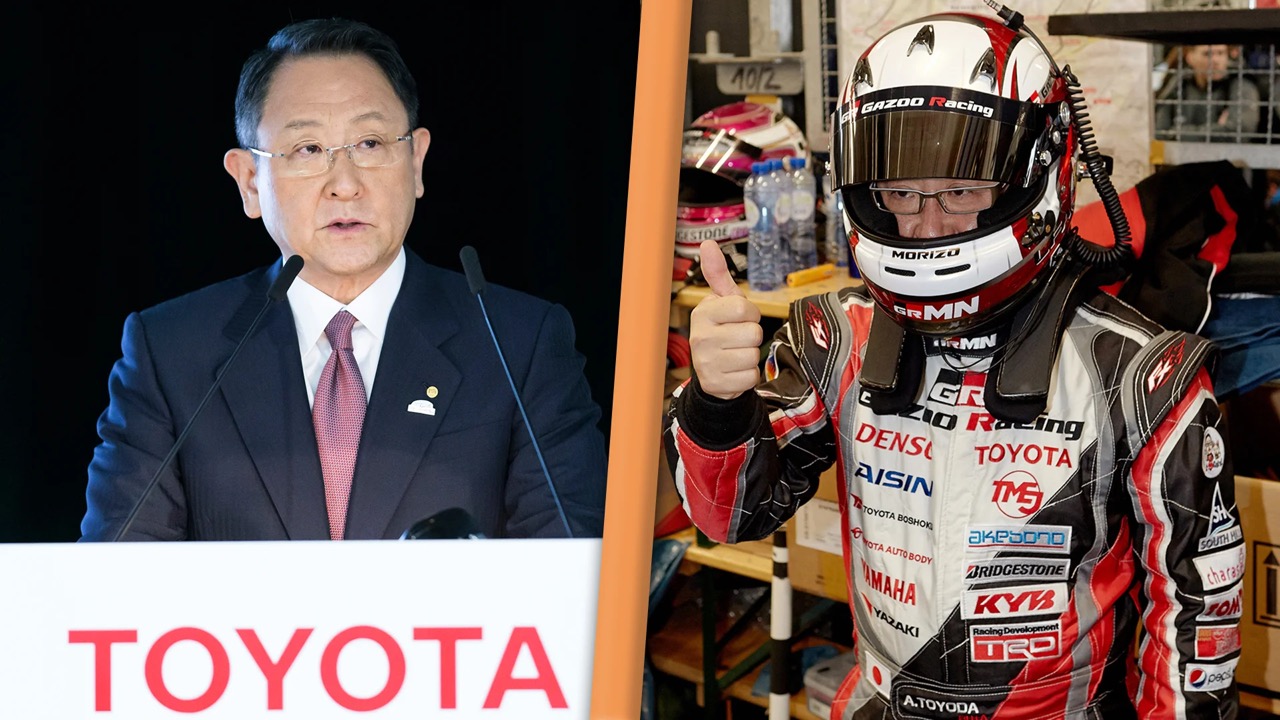 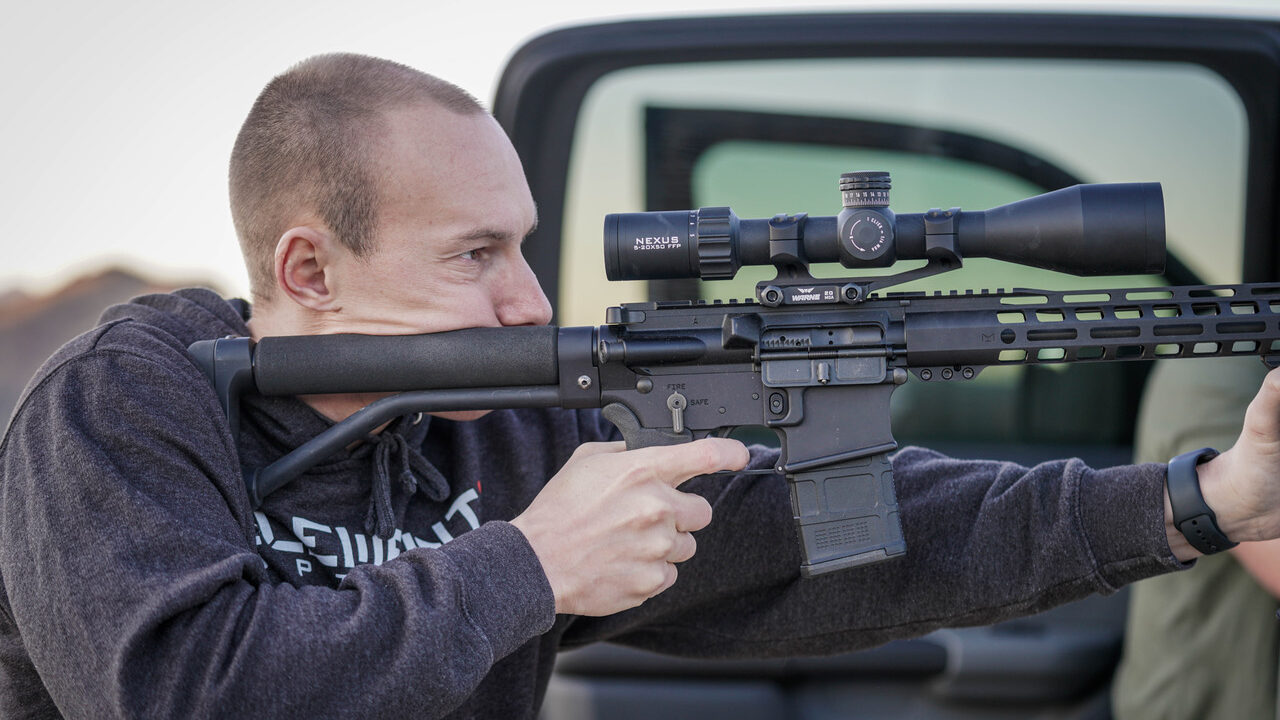 One of Toyota’s better known policies is “Kaizen” (Kai = Change, “Zen” = for the Better). This philosophy is taught all around the world now, and has just about been adopted into the English language. The idea is that there is always room for improvement, and that no company should ever rest on their laurels. This may explain how Toyota went from a small manufacturer reverseengineering Chevys and Fords in the 1930s to the giant they are today - They found weaknesses in existing parts and have not stopped improving ever since. Say what you want about Toyota, but you can never say they aren’t reliable!

I remember the realisation of just how much work awaited us when we began work on our first model, the Nexus, in 2018. At that point, it was Ted Bier and myself vs. the mammoth task of creating a riflescope that could drive Element Optics forward as a flagship. Talk about pressure! I remember coming back to the old saying: “How do you eat an Elephant? One bite at a time”. There is also another quote, by Henry Ford funnily enough, that states that “no task is particularly difficult if you break it up into smaller tasks.” And so we did…Optical system, Turrets, Parallax, Knurling, Reticles, Accessories, etc. And it wasn’t easy - I laugh when I remember how the user manual for the Nexus was written: on a train in Japan on the way back to Tokyo after testing the first Nexus prototypes! I believe Shane and I finished the entire manual (minus graphics) in under 2 hours. It took a lot of coffee and sashimi to keep our energy levels up! 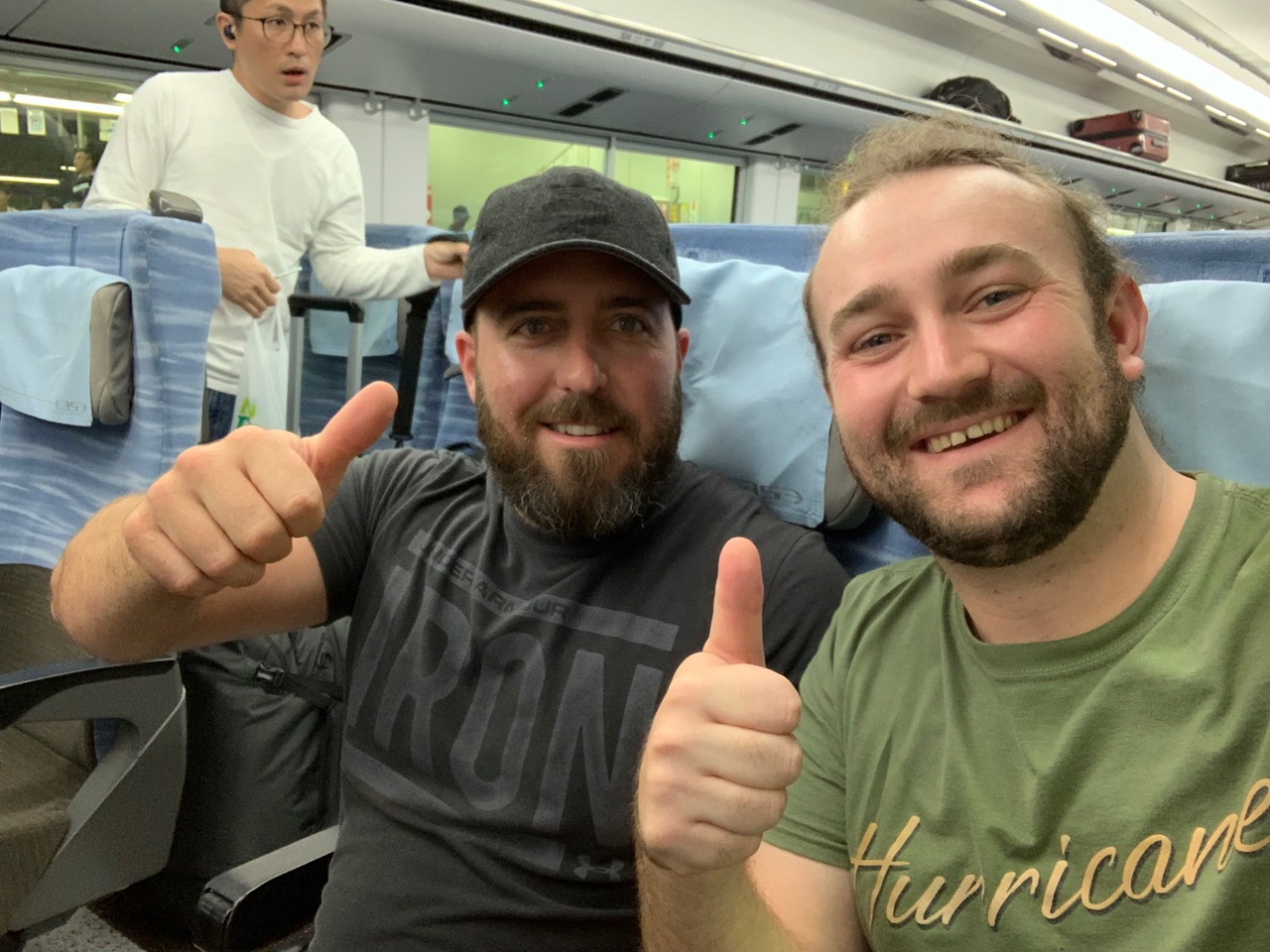 This photo was taken on the train to Tokyo, while Shane and I worked on the Nexus manual.

A classic example of the “continuous improvement” principle in use at Element Optics can be seen on the Nexus. We’ll never be ashamed to admit we couldn’t get it perfect the first time, and in the case of the Nexus, we received plenty of valuable feedback from customers. I ran the Element social media and was able read comments every day. Shane managed the info mailbox and also received feedback and questions on a daily basis, and new team member Henric took charge of global sales, receiving input from distributors. We were able to very quickly take feedback on board, find the strengths and weakness of every model and implement design tweaks to improve the product. In the case of the Nexus, we were able to firm up the turret clicks and increase elevation travel from 80 to 90 MOA by redesigning a few components. We were able to adjust the illumination brightness, and change the diameter of the battery cap. We introduced the APR-2D reticle with .2 MRAD subtensions at the request of the PRS crowd, and we were even able to lighten the unit by a few grams along the way. The end result is a product with very few weaknesses, and it will only get better! 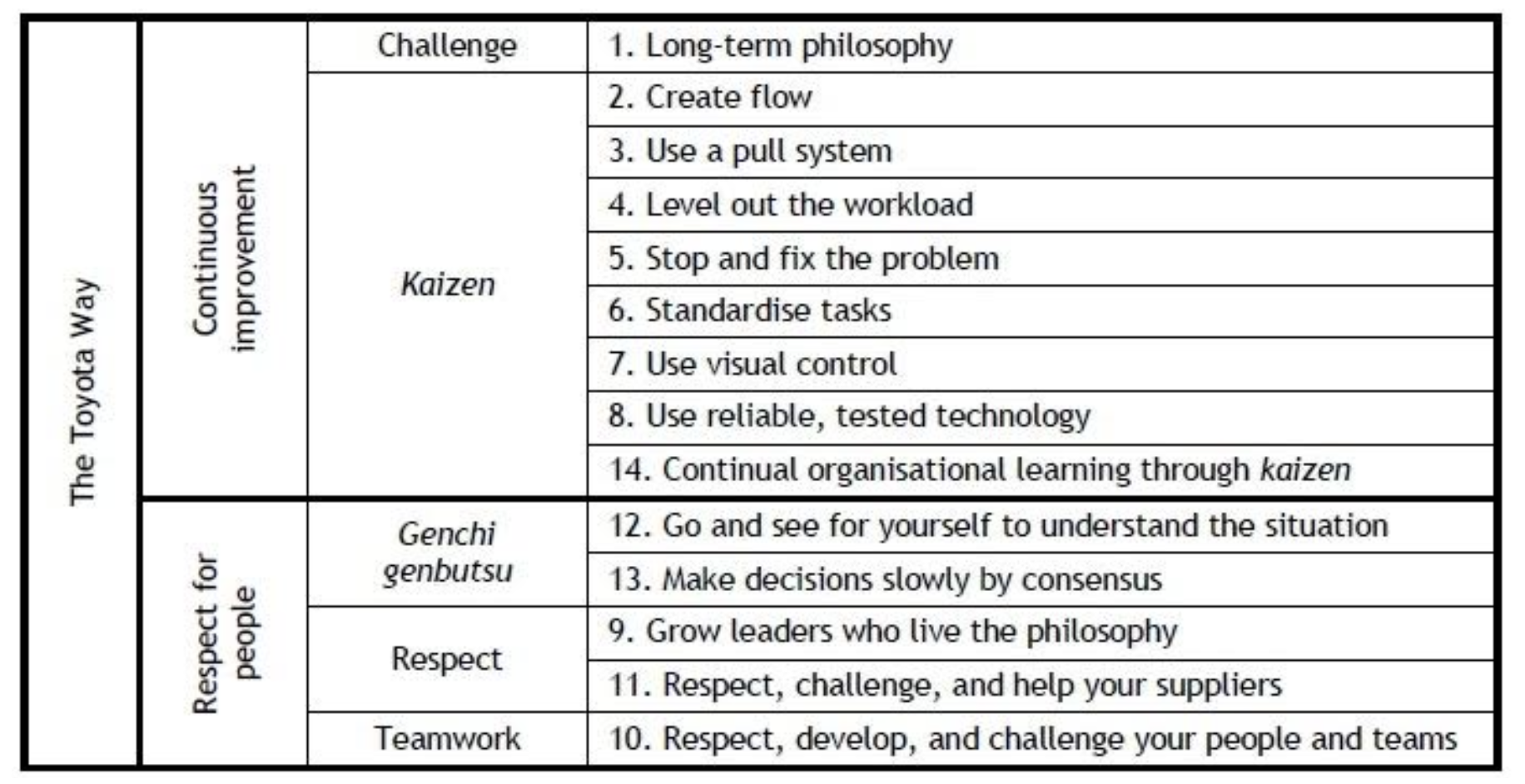 And what about when things do go wrong?

Yup, Toyota has a principle for this too. They call it Jidoka, and it comes down to asking WHY until the root cause is found, and then implementing a solution.

Here’s an example. A vehicle won’t start. Ask WHY? Battery is dead. Ask WHY again - Alternator not functioning. WHY? Belt is broken. WHY? Alternator belt past service life. WHY? Maintenance overdue. If the person in charge of fixing the problem had stopped at the first “why”, the battery would have been replaced and probably would have died again the following day. Finding the root cause of an issue ensures that it never happens again, and provides a far more realistic picture of where a system’s weaknesses lie. 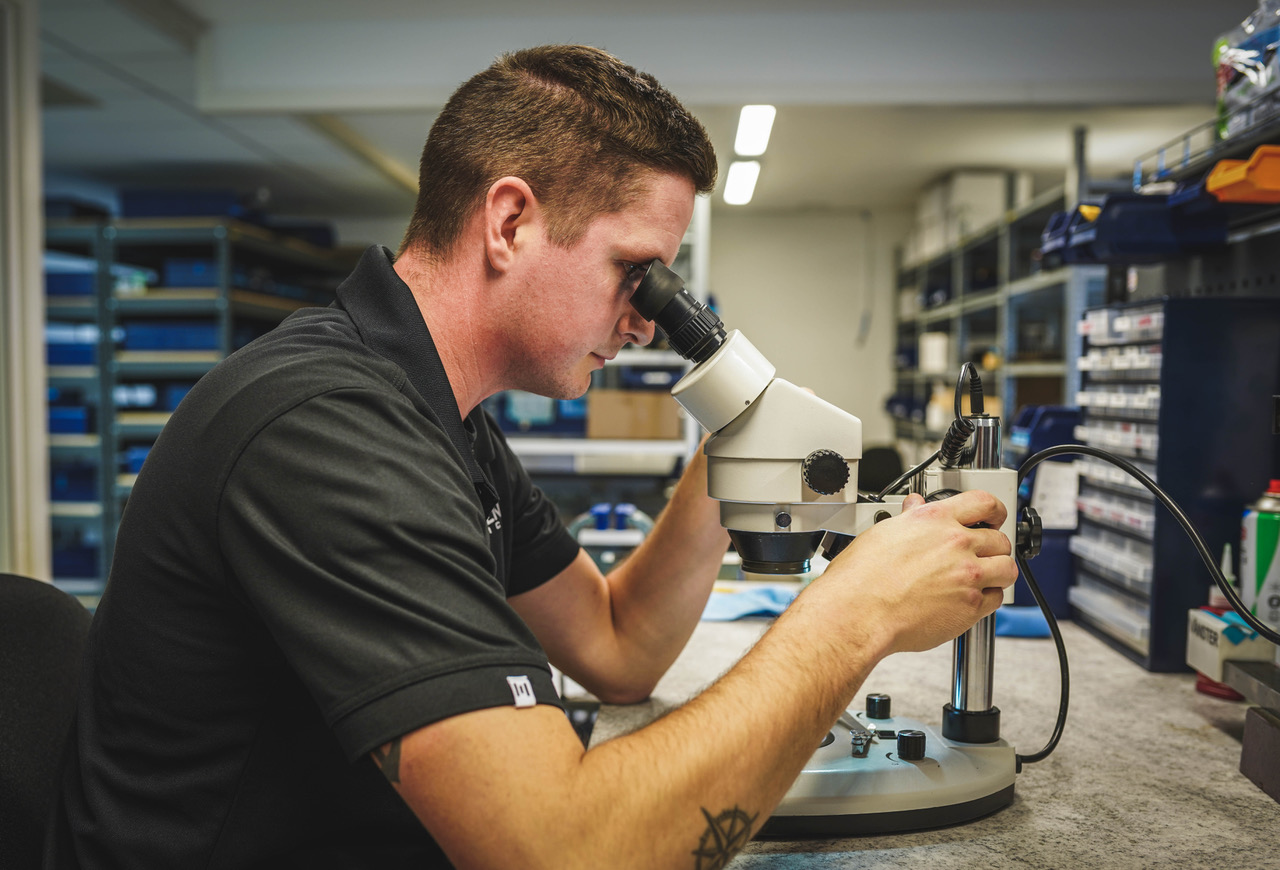 When we receive a warranty claim or a report of a problem, we make sure to launch a thorough investigation into what actually happened instead of simply replacing the part or the unit. I’ll be honest, some customers haven’t been happy to be asked WHY a part failed, but the reality is that a “no questions asked” warranty claim procedure doesn’t create better products! We’d rather ask the questions and find the root cause than bury the problem and pretend it never happened. We’re proud to say that with every bit of feedback we’ve had, and in turn every tolerance changed or QC procedure introduced, we’ve taken another step towards our goal of a bulletproof product. Its always great to be praised for a great warranty, but I think its even better when the customer never has to make use of the warranty - And I bet you’ll agree with that!

This hasn’t been the usual blog post, I know. I promise I don’t have a Japan fetish (Maybe for their food!). But hopefully this has given you some insight into the way we think, and I can promise you, there are some extremely exciting projects in the pipeline!

Find a dealer
Become a dealer